Yoga Lanzarote is a plan that has the scope not only to diffuse the practice of the yoga, but also to carry a bit of spiritual philosophy from India and some of that wisdom mixed to compassion that learned from the Buddhist monks.

The concept of compassion meant as desire of the good towards every human being wants to be the main objective, through which we think can be created a better society, in which the man can live in harmony with himself and consequently with people around him, thus developing a “cosmic positive energy”. 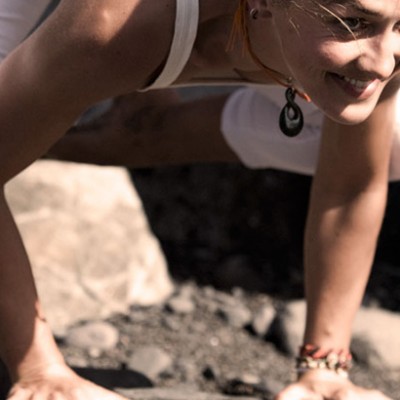 born in Milan in 1978 and begins to practice Yoga during the year of its bachelor in Engineering in 2003. From that moment it begins its dedication towards the Hindù discipline, that will bring her to travel numerous times in Asia, above all in India where it decides to live in a ashram for various months and where she finishes the Yoga Teacher Training Course, obtaining thus the International Yoga Alliance.

Sandra is convinced that the life has a meaning that extends the material appearances and during its stays in Nepal, Sri Lanka, Indonesia this conviction becomes a certainty thanks to the fusion with the cultures of the place.

It has studied with some of the most wise masters from India:

Sunil Kumar Jhinghan in Benares (Shivananda style)
Yogacharya Amit (Iyengar style) where it has perfected the technical aspect of the posture second the techniques of Iyengar and has learned to correct the postures of its students
Surinder in Rishikesh, where he has taught to Sandra some techniques of meditation to reach a deep concentration of the mind
Vijay Amar in Dharamsala (Ashtanga Vinyasa) that has transmitted to Sandra the power of the dynamic yoga.

In 2009 she finishes the course of Ayurvedic Massage in the Baba center in Rishikesh, learning from the great teacher Jamal Singh this practice that favors the relaxation and the circulation, renjuvenates the body and eliminates toxins.

One of the masters who surely need to remember is a little man of 103 years old known in Rishikesh as Swami Yogananda . His energy and enthusiasm accompanied by his amusing Yoga are the reasons of his longevity .
This was one of the funniest and most joyful experience that I’ve had in India. His class was just amazing. It was not a very rigorous class focus on alignment or perfection on asanas. Instead he just quickly taught us a pretty long serie of interesting warm up exercises and a few asanas. I guess he was aware that we wouldn’t be able to learn much just in a couple of days so he just wanted to demonstrate as many exercises as possible to give us an idea of what his yoga could offer us.
The warm up exercises were a combination of joints exercises, breathing techniques (Kapalabhati or breath of fire) in different body positions similar to those from kundalini yoga, and different body movements to stimulate energy flows in the body. He also show us agnisara (abdominal movements), bhandas (energy locks) and advanced pranayamas (breathing practices). All very interesting stuff. But the best thing was his energy and enthusiasm. He was having a lot of fun teaching yoga to these westerners, for sure one of his secrets to longevity.
He told us “80% of what you eat is for the doctor, 20% is for you. Drop the 80% and you’ll have a long healthy life”. He show us some mudras (hand gestures) for loosing weight. I asked him “what about gaining weight?” and he shouted “No!, you gain weight you die!”. We all laugh. 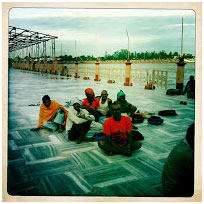 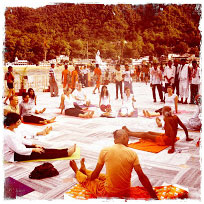 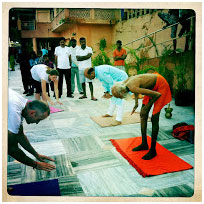 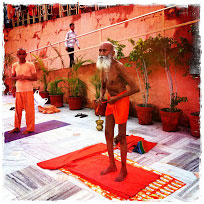 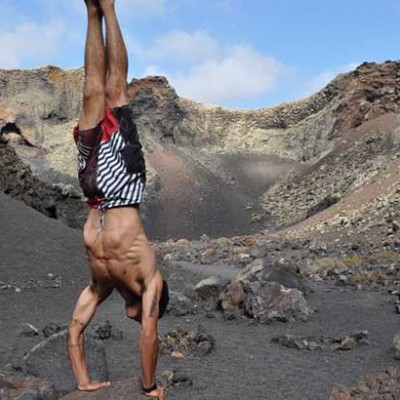 29 years old started to practise yoga from the age of eighteen. His career with Integral Yoga in the Central University of Venezuela, following the lessons of the Professor Edgardo who will leave to Felix a really deep disciplina during some years.

Soon Felix moves its residence in Barcelona, where spends 2 years in the Buddhist center “Mahakaruna” where he have learned about Dharma (lessons of Buddha) and the art of Meditacion. In the lastest years in Barcelona he becames teacher in the Yoga school “Mandiram”, where deepens in detail the technique of asanas (positions) and the philosophy of the Yoga close to the world of the Ayurveda.

Now Felix lives in Lanzarote (Canary Islands) where he dedicates himself giving Yoga lessons every day in the morning and in the evening. 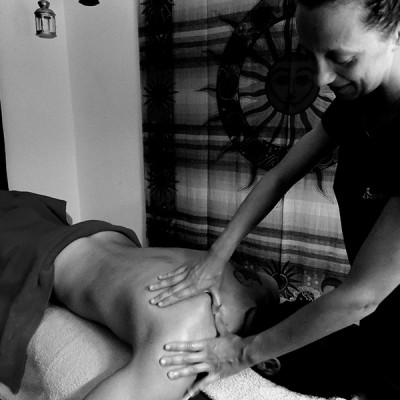 She was born in Udine in 1984 and graduated in physiotherapy in 2007.
Since that time he begins to practice physiotherapy in Italy and Spain and to several specialization courses including:
– neuroconnective manipulation Stecco
– gymnastics Pancafit
– Tecarterapia
– French Manual therapy Gemmer
– Osteopathy cellular bioenergetics.

Now Nicole lives in Lanzarote where she works in a well-known sports center and collaborates with YOGA LANZAROTE because she believes that associating Physiotherapy ( from Greek “natural therapy” ) to the practice of YOGA we can reach a and global psycho – physical balance.

There are no upcoming events at this time.